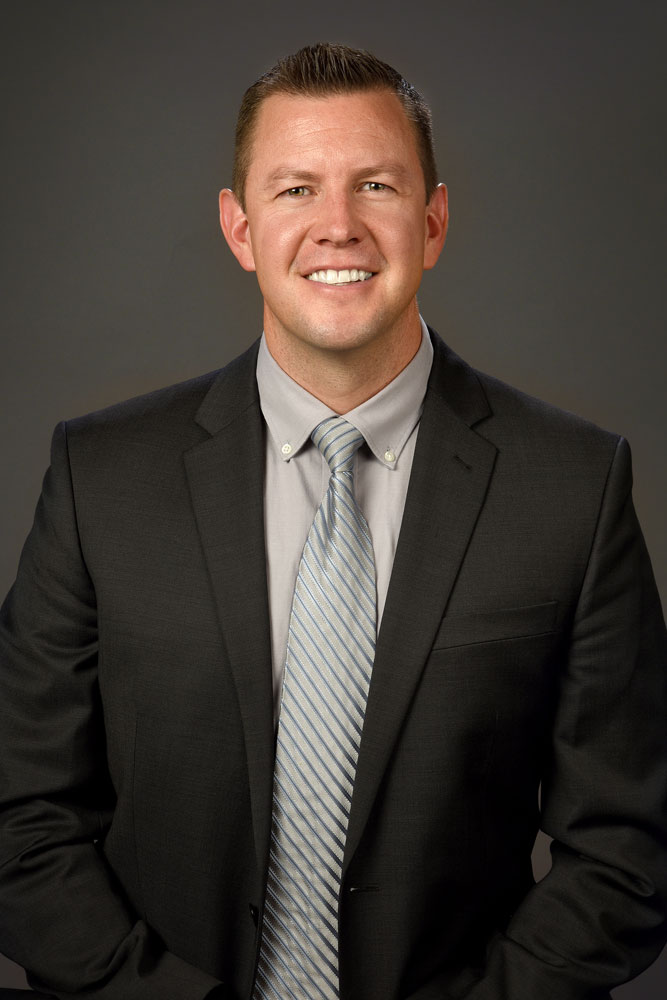 J Richard Evanson, D.O., a native of Colorado, graduated from Brigham Young University, Provo UT with degrees in Spanish and Chemistry in 2004 before attending Medical School at A.T. Still University of Health Science, Kirksville MO. where he received his Doctor of Osteopathic Medicine in 2008. Dr. Evanson completed an orthopedic military residency at Eisenhower Army Medical Center in 2013.  He then served as an Army orthopedic surgeon at Fort Benning, Ga. until 2017.  During that time he deployed in 2014 as the chief orthopedic surgeon supporting military soldiers in Kuwait.   After concluding his commitment to the Army, he completed a fellowship at Duke University in Hip Preservation and Reconstruction under Steven A. Olson MD.

Dr. Evanson is actively involved in research and has been honored as a scientific presenter at national meetings, published multiple articles in peer-reviewed journals, co-authored a book chapter, and won several research awards.

Dr. Evanson is married with five children and is actively involved in his church. He enjoys hunting, outdoor activities and playing sports. He is a former NCAA Division I college athlete and is fluent in the Spanish language.

Dr. Evanson is currently seeing new patients who suffer from hip and knee joint pain. Patients can be seen in our main office in Plano, TX.

Dr. J. Richard Evanson is certified in total knee and total hip replacement with the MAKO™ Robot, and focuses on a variety of surgical techniques including: hip and knees arthroscopy, minimally invasive techniques, sport injuries, and joint replacement of the hip and knee. He has a clinical interest and background working with sports related injuries, femoral acetabular impingement (FAI), hip dysplasia, avascular necrosis (AVN), and arthritis of the hip and knee. Dr. Evanson offers minimally invasive hip joint replacement using the direct anterior approach with the MAKO™ Robot, helping his patients recover faster while minimizing pain. He also specializes in hip arthroscopy, pelvic osteotomies and other hip joint preservation surgeries to help his patients maintain their normal joints and active lifestyles. Dr. Evanson is certified in total knee and total hip replacements with the MAKO™ Robot.

Hip preservation surgery is a new and innovative field in sports medicine that treats patients of all ages with hip pain. The goal of hip preservation is to maintain a healthy hip joint, prevent arthritis, and delay hip replacement surgery. With these new techniques, patients are able to return to their daily activities faster and with significantly less pain. Dr. J Richard Evanson, the newest orthopedic surgeon at Plano Orthopedic and Sports Medicine Center, offers these technologically advanced procedures to treat hip injuries. Dr. Evanson is a former Army orthopedic surgeon who worked with the country’s elite Airborne Rangers by addressing their hip pain and returning them to combat. Having trained at Duke university, he offers many state-of-the-art techniques for treating a broad range of hip conditions that can occur at any stage of life. One such technique provides a brand new way of performing minimally invasive surgery of the hip is safer and allows a faster recovery time; and is currently the only hip surgeon in Dallas with the most experience and capability to perform this technique.

What is a Hip Labral Tear?

What is a Hip Flexor?